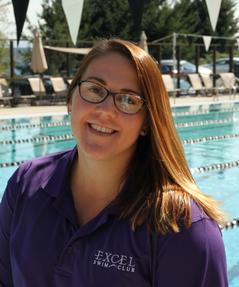 ​
I have been swimming since I was 3 years old. I started my competitive career at age 6, swimming for Sand Point. I then joined Casacade Swim Club for 9 years and then joined Excel for my last few months  as a year-round swimmer. I also swam varsity for Roosevelt High school, and had the honor of being one of their captains in 2017. In fall 2018, I started as a student at the University of Washington and also began coaching for Excel. I can’t wait to get to know the Excel swimmers each season and share my love of the sport with them!

​My swimming career began when I was five years old at Aqua Club in Kenmore, WA where I struggled to complete just one length of the pool. I later joined Cascade Swim Club at 13. In addition, I swam for my high school, Shorecrest High in Shoreline, WA, where I am a recent graduate. I now attend the University of Washington studying computer science. Swimming has always been an integral part of my life and I hope that by coaching at Excel I can allow others to experience many of the great things swimming has given me in and out of pool.

​
Now a student at the University of Washington, I am excited to be contributing to Seattle's swimming community! I benefitted my whole life from that community, spending huge amounts of time at Aqua Club every summer since was 6. For most of those years I swam with Aqua Club, and more recently have worked as a lifeguard and lesson instructor there as well. I did a short stint with Cascade swim club, but ultimately chose to play Water polo with the joint Shorecrest/Shorewood high school team, in addition to swimming for Shorecrest. Since the beginning, my favorite stroke has been butterfly!
I am a sophomore at the University of Washington, recently declared as a Mechanical Engineering Major and Ecological Restoration Minor. I enjoy spending time with Engineers Without Borders and the Women's Ultimate Frisbee team. As someone with many interests, and as a coach, I hope to support swimmers who choose to participate in many activities, as well as those who choose to give swimming their all.

​
A Seattle Native, I swam competitively at Meadowbrook pool for various clubs and teams. This included swimming wih Excel through high school. My main event was the 50 yard backstroke, although I enjoy swimming butterfly as well as sprint distance freestyle. After graduating from high school in 2005, I began coaching for Excel as a certified coach member of USA swimming. The majority of my coaching experience is with children ten and under. I love the sport of swimming and hope to pass this love on to my swimmers.

I am a Seattle native and began swimming competitively at the age of 11 with Cascade Swim Club.  That following summer I began swimming at the Sand Point Country Club and was coached by Tom Linde.  I followed him to Swim Seattle and also swam for Roosevelt High School.  I have coached age group swimming for the past 20 years at the Sand Point Country Club and with Excel for the last 14 years.  My goal for each of my swimmers is to give them the tools to be successful not only in the swimming community but outside of it as well by teaching them to respect themselves as well as others, to work hard, and never to give up. 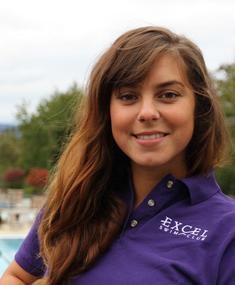 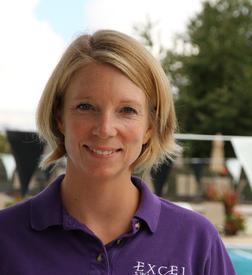 Excel Swim Club is a competitive swim club for ages 5-18, located in the Seattle area. Our staff of certified coaches will guide and encourage our swimmers in their quest for excellence. We understand the busy schedules of the school year and celebrate your participation at whatever level that may be.

​
This is my second year coaching for Excel. I have been involved in aquatics for over 15 years and have been coaching for the past 10. I attended Shorewood High School where I swam and played water polo. After high school, I attended Syracuse University and played water polo until transferring to Seattle University. I just graduated with a Masters in Social Work from the University of Washington. In the past I have coached for the Shoreline Gators, Shorewood High School Water Polo Club, Syracuse Men’s Water Polo Club, Sheridan Beach Swim Club, and Cascade Swim Club.  I currently work part-time at ROOTS Young Adult Shelter as a Program Coordinator. I love coaching and working with youth and I am thrilled to join the amazing team of coaches at Excel. 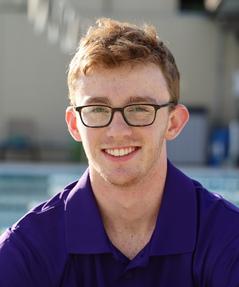 ​
I was born in Puyallup where I swam for the Puyallup Aquatic Club and later South Sound Titans. At the age of 11, I moved to Davis California and swam for the Davis Aquadarts. I continued to swim throughout college and beyond with the Davis Aquatic Masters. My main events are the 100 and 200 butterfly and the 200 and 400 IM and I occasionally try sprint freestyle. I began to coach for the Summerdart program, an 8 week swim summer league, in 2005 and became a full time coach for the Aquadarts in 2010 while I attended UC Davis. Swimming has always been an anchor for me and I love to be around the pool! I believe swimming provides a healthy balance of fun and focus as well as rewarding physical and mental challenges. It is a lifelong skill and teaches many valuable lessons for all involved.

​
I started swimming competitively when I was 9 years old at Aqua Club in Kenmore, WA. Later, I joined Excel at the age of 12. I also swam for my high school, Inglemoor High School, for three years. I began coaching for Excel in November of 2019, and I also coached for Aqua Club in the summer of 2020. In fall of 2019 I started studying Political Science at Seattle Pacific University. Swimming has always been an integral part of my life and I hope to pass this on to my swimmers, as well as help make them the best teammates and competitors possible! 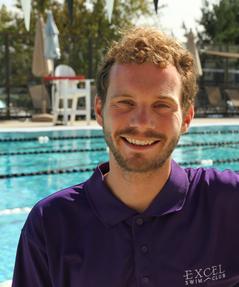 CONGRATULATIONS TO RETIRING FOUNDER AND COACH TOM LINDE
Head Coach and Excel Swim Club founder, Tom Linde, has announced his retirement, effective January 1 2021. He will be replaced by assistant coach Chris Stoner, who has been with the team since 2017. Tom wishes to express his gratitude to the PNS swimming community, in particular the coaches, officials and administrators who provide constant and generous support of our local swimmers and clubs like Excel.

Excel Swim Club would like to thank Tom for his 28 years of dedication, for building this team from 50 swimmers to nearly 500 swimmers, and for his inclusive attitude that all swimmers are welcome, from beginner to elite.

Have a happy retirement, Tom!! You've earned it! 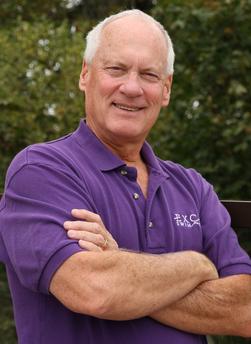